These last two months have gone by in a flash!
Teddy is already 8 months old!! 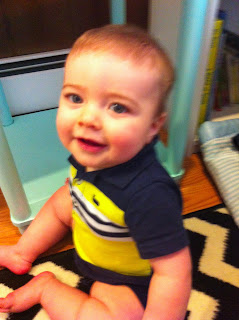 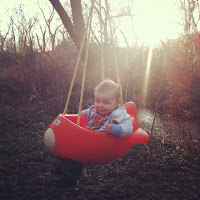 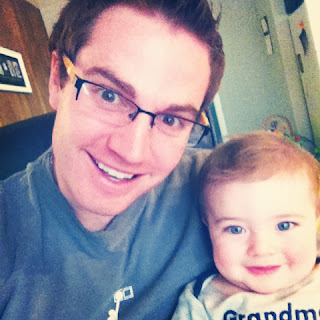 He weighs 24 lbs, and has the cutest chunky legs ever!
His eyes are still blue, even though his daddy has dark brown eyes... not going to lie, I love it! I love that he has a piece of me in him :)
Sometimes in pictures his hair looks red.
He is the most darling boy, and is happy almost all of the time...
as long as he gets his naps

My little sister (well, Jason's sister, I just claim her), Ricki has had an incredible journey this last week, and I have had the opportunity to be up close and personal with her during the whole ordeal.
Jason and I were staying over at his parent's house while they were in California, when Jason got a call saying that his grandpa in Rexburg was struggling and probably wouldn't make it too much longer. When they heard the news, Jason's parents immediately jumped on the next plane out of there, back to SLC. Jase ran down and picked them up and brought them to Brigham City, where they drove the rest of the way to Rexburg, and made it in time to say goodbye to Jason's grandpa before he passed away. That was quite the experience in and of it's self. Everyone around the house was pretty down.

Ricki and I were able to hang out and have some fun girl time, and I had so much fun chilling with a girl for a little while. She told me about some pretty weird things that happened at school, like her hands going numb, and mentally checking out and waking up with saliva on her face, but I attributed it to girl problems. The last day that we were there, Jason and I were given the okay to head back home, as his parent's were going to be there later that night to take over. 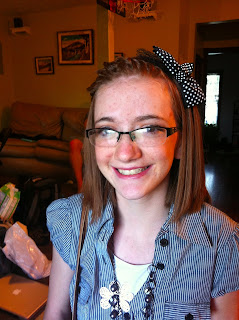 Just about 30 minutes after getting home, and getting Teddy to bed, Jason noticed that he had two missed calls, one from his mom, and one from his brother who was home with Ricki and Jordan. He called his mom back first, and could barely understand her, but he did hear that Ricki had had a seizure, and that she was in an ambulance on her way to the hospital. We immediately went and asked our neighbors to come and listen for Teddy while we rushed over to the hospital to beat Ricki there.

Ricki's parent's were about an hour away, so I got to hold her hand and help out as much as I could. It was nice to be able to help more because I was a girl... boys can only do so much, you know. ;) But Ricki was a champ all through the blood tests and the like, and eventually we started joking around. The doctors did a bunch of tests, and eventually ordered a cat scan of her head right in time for her mom to get there and go in with her

After that it got a little crazy, the boys were summoned into her hospital room to give her a blessing right away. All of us girls were sitting in the waiting room waiting for the update, and a few minutes later, Jason came out telling us that Ricki had two tumors in her brain, and that they were going to be flying her out to primary children's hospital on a helicopter. Because her parent's wanted to stay with her as long as they possibly could, Steve and Abby (Jason's brother and my almost sister-in-law) rushed off to meet her there and hopefully beat her there too.

I felt like I should leave too, so I left Jason to sleep at home with Teddy while I rushed off to SLC to hopefully beat her there too. The whole time I was driving I just kept going over the week that I had spent with that girl, and kept hitting myself for missing little things that didn't seem obvious at the time, but did in that hour drive to Salt Lake. I was lucky enough to get there just before the helicopter arrived, and was there to hold her hand when she got into the room.

It was a pretty scary moment when I was holding her hand after the doctors and come and gone and she had another silent seizure. The doctors rushed in, and so did Mom, just in time to hold her little girl's hand while they gave her medicine to stop it.

The next day, after a few MRIs, Ricki was diagnosed with Neurofibermitosis Type 2, which is a genetic thing where tumors grow along the central nervous system. It's pretty scary, but awesome that they caught it so early. They will now be able to monitor the growths over time using the MRIs, and remove them when they become problems. The tumors in her brain were definately causing problems, so surgery was scheduled for two days later.

Ricki was able to come home for a day to rest before the surgery, and that was a pretty fun time, even though she was pretty tired, it was good to see her home. Thursday she had surgery, and it went well! They got all of the tumors out of her head, and it's on to recovery now! 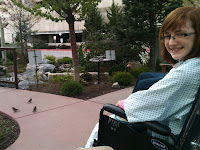 Grandma Case, Aunt Becky and I were able to whip up a few cute scrubs and matching headbands for Ricki when she feels up to wearing them, I am so excited to see her in them!

We love you Ricki