Advise to my dating sisters

I can talk about this because I'm married now. My two cutie little sisters are graduated from high school, and living the single dating life.

To my little sisters-
(You know I get to call you guys that for forever right? :))
(Also, I posted this on here for the girls that don't have an older sister, and might need some advice from one)

This quote took me down memory lane, and made me think maybe I had done you two a little bit of an injustice by not telling you about them. So, I will tell you now-

(back to my walk down memory lane) I was like, hey self, remember that time when that guy asked you out at work, and you were trying to make a sale to his friend, so you said yes, just to get to olive garden (after canceling twice) and have him confess that he has issues, and that if I have a problem with them, we could just end the date then... and how I should have- I was tempted. However, we had just gotten our plates of chicken parm, (I am a sucker for that chicken parm), and decided that I could handle another 15 minutes or so with him. After dinner, and after I told him I wasn't feeling well, but he took me on an hour drive around to look for a dream house he would build for "us."... and then, despite me saying that I reeaally wasn't feeling good, he took me to a movie that I was planning on sneaking out of and calling my roommates to pick me up, but the dang movie sucked me in. Plus, my leftover chicken parm was sitting in his car, which was locked. After the movie he took me home.

What I learned from this experience: It's okay to say no to a date, even if it's awkward, and even if you will lose a out of work because of it... life will go on, and your one step closer to finding prince charming.

Also, remember that time when I went out with my SI leader in biology, in hopes for a better grade? I wasn't attracted to him, after going on a few dates, he started bringing gifts to work, and "happened" to be walking by my house every single time I left the house for a whole week? (even though he lived across town) Yeah, and how I avoided him in class, and faked a boyfriend, and never texted him back, and received hate texts and voicemail's for two more weeks? yeah. Oh, and I got a B+. after being .06 away from getting an A-.

The dating game taught me a lot, I may have been too hard on some soft hearted boys, or too heartbroken about others, too clingy, wishy-washy, too 'manly in my thinking', but I learned alot about who I am, and who I'm not...

And then that magical day came- the day I met this boy who liked that I was forward, and liked my spunky personality and independence, and encouraged it! A guy who actually made me feel that crazy magical butterflies-in-my-stomach feeling! A guy who listened to me, and who I found absolutely fascinating! And who was just as crazy about me as I was about him- to the point that we got married for forever! If I found somebody who is a perfect fit for someone like me, there is definitely a good fit out there for you. Make sure he fits.

So in a nutshell: give that geeky guy a chance, and have the courage to tell that edgy 'bad boy' no before you even get started. (unless you have a bad feeling about it) Go on dates with your guy friends, but be cautious about kissing until you know you can see a future. Say yes to every first date, maybe even the first two dates, but if you don't see a future- don't be afraid to move on. Most important, trust in Heavenly Father- he knows you, and he knows how it will all turn out- and it will be for the best if you follow him. He'll help you find your real prince charming.

You'll find him.
I know it.
Love you,
you're big sister
Ash 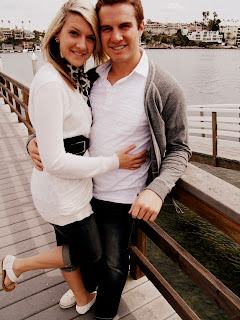 Does your blog have a contact page? I'm having a tough time locating it but, I'd like to shoot you an e-mail. I've got some recommendations for your blog you might be interested in hearing. Either way, great website and I look forward to seeing it develop over time. gmail log in
October 1, 2017 at 10:10 PM