The stuff you've been waiting for...

So here it is-
The story.
The proposal.
(Oh, and P.S. If you didn't already know, I'm engaged!!)
It all starts with the fact that I work at Dukes Jewelers...
And the fact that I have a tendency to be a snoop at times.
haha.
Jason and my boss, Richard had to be pretty sneaky, so props to them both,
because I had no idea that it was coming so soon!

So this last saturday, Jason talked me into
going in to get my hair done, which took 5 hours!
Kinda frustrating ... but he had Plenty of time for him to go grab the ring without me suspecting! He also changed my oil, and filled up my gas tank to keep me off his scent ;) bah! I love him!

Anyway, so by the time that I was done with my appointment, it was about time to get ready for my ward's christmas party. It was up near Sundance Resort, and it was a dress up event- and anybody that know Jason and I know that we love to get dressed up!

Food was great, company was better, and Jason
realized that I had no idea that it was coming, and that tonight was the night! Problem was he had hidden the ring in a sock in the bottom of his backpack in the back of my car! haha. How was he going to get it out without me seeing him? He's a genius, because he just casually said "Hey, let me go grab the car and bring it up to the building so you don't have to walk as far." (He's always doing things like this, so I still didn't suspect)

We were planning on going up to logan to visit his family after the party, but Jason decided that we had plenty of time to stop by temple square on our way.

We walked around and looked at the pretty lights, and found this pretty little area where we were surrounded by lights and had an amazing view of the temple when...
All the lights turned off!

We decided that it was a good time to head to the car.

As we were walking to the car, Jason said "let's go to our street!"

** Flash Back** Back when we had first started dating, we found this street in salt lake that we just love! It's really cool because it has this hill that as you drive up, the spires of the temple appear, and as you keep driving, the entire temple appears, it's pretty neat!**

So we are in the car, coming up to the street, when we decide to walk up our street instead of drive.

This is the good part.

Jason, being the smart guy that he is, knew that I worked at a jewelry store, and would be looking for a small little box, so he put the ring box into a shoe-box sized trophy box that he had.

As we were getting out of the car, he sneakily grabbed the big box, (without me seeing it) and we proceeded to walk up the street.

Now, this street is surrounded by apartments... not the scene Jason was really thinking of to propose, and to make matters worse, there were these two lil old drunk ladies on the side of the sidewalk that counted our steps as we went by "2 3 4 5 6 7 8 9 10 Hooray!!" hahaha!

So, Jason at this point was getting pretty bummed... and right as he was beginning to think of options out of it... he spotted the cutest little white bench right off the sidewalk, with vines, and shrubbery all around it, a regular secret garden.

After walking a little bit farther, we turned around, and Jason bee-lined over to the bench and awkwardly sat me down, still trying to hide the box from me. As he sat down, however, the box kind of clunked, and in defeat, he tossed the box into my lap saying "I got you a present"

I still didn't have any idea that he had been carrying this thing the whole time, and to me it looked like he had pulled some random box out of the bushes... and for all I knew, there could have been something dead inside.

He told me to open the box, but I wouldn't... for obvious reasons... so he did it for me! The inside of the box was lined with black velvet, and it was dark out side, so I didn't see the ring box. I asked if it was a tiara box, and felt around inside.

Instantly, I thought of OC tanners, the jewelry store down the street, and was certain that this box had been stolen, and shoved in the bush, and began to consider calling the police to report it.

Jason on the other hand, was dying of anticipation, and grabbed the ring box out, and got down on one knee.

A little exasperated, he said Ashley, I love you! I want to marry you! Will you marry me?"

As he opened the box, I finally got the memo, started to cry, and said yes :)

I am so happy!! The most dominate feeling inside of me is just gratitude. I feel so honored to be the future wife of such an amazing son of god, and that we will be able to be sealed for time and all eternity.

This is a picture of Our Engagement Bench!: 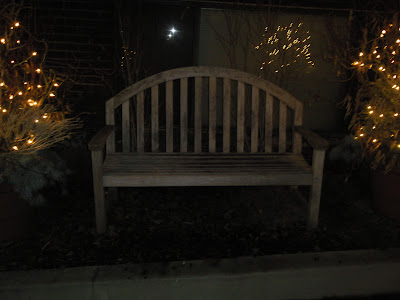 View from our Bench: 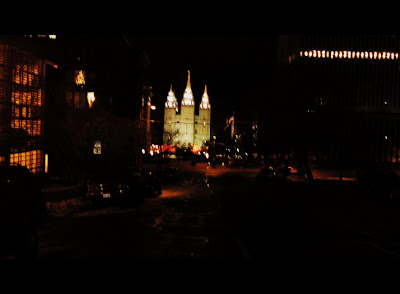 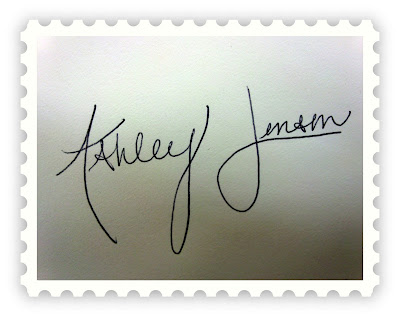 Jason Clint Jensen said…
Ashley Alanis Thank you for blogging this event. I am experimenting with HTML tags to see if they work. anyway, I'm excited to see you. You are going to be an awesome wife!